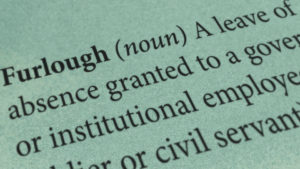 HM Revenue & Customs has published a draft legislation where it warned it will impose a penalty on directors and sole traders who deliberately flout the rules of the government’s coronavirus furlough scheme. HMRC will recover the payments with penalties where recipients were not entitled and payment is not used to pay employees under:

HMRC will be able to do this by raising income tax assessments or requiring taxpayers to submit a Self – Assessment tax return.

HMRC will also be able to charge a penalty in cases of deliberate non-compliance and more provisions may be added.

Further information, including links to the draft legislation, can be found at

The directors will be held by the taxman “jointly and severally” liable for a penalty on the assumption “each partner is taken to know anything that any of the other partners knows”.

The proposal will hold to account directors who fraudulently applied for the furlough grants. Some experts warned directors whose non-compliance with the furlough scheme was accidental could also fall within the rules.

The rules will apply where the company did not understood the complex rules of the scheme and claimed the grant in error.

HMRC is paranoid about fraud. These powers could make a director liable to repay an amount they never benefitted personally from in the first place.

Last week the government extended its self-employed support scheme to offer a second grant in August 2020. HMRC revealed it had already paid out more than £6bn against more than 2.3m claims.

The furlough scheme will run until October 2020.

Any cookies that may not be particularly necessary for the website to function and is used specifically to collect user personal data via analytics, ads, other embedded contents are termed as non-necessary cookies. It is mandatory to procure user consent prior to running these cookies on your website.